Indian automobile industry being one of the largest and most competitive in the world accounts for an increase of 9.43% in domestic sales of commercial vehicles by 2016. The industry accounts for 7.1 per cent of the country’s Gross Domestic Product (GDP). 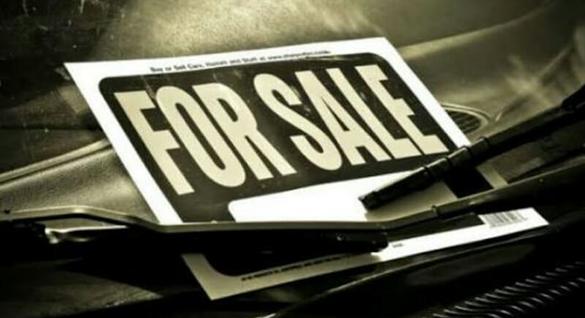 There was a time when maximum number of used cars used to get sold without the involvement of any intermediary. A friend selling his car to a friend, relatives to other relatives. To frame it in other words, let’s call it C2C sales.

Then on the other hand it was seen that there were certain agents who does the work of acting as a medium to connect the reseller and buyer of car for a certain amount of money. There were no organised players in the market for this but with the passage of time things started changing and Maruti which s a big name in the automobile sector, entered into the market as an organised player launching ‘Maruti True Value’ which was basically a used car brand.

This lead to a drastic change in the mindset of people as they started taking the ‘Preowned/Used Cars’ concept positively and in noway as something that is affecting their status.

Now they started seeing the enormous benefits they can seek out of this trend. The lower price advantage being the very first reason for attraction, opportunity to enjoy the luxury of a big car at certainly lower prices and moreover hassle free buying without much a do in the area of documentation and so on.

Economical: You do not need to pay huge amount to buy used car as its value gets depreciated with time. Therefore, the reseller would charge a fair price for the car accordingly in which mutual benefit of both the parties would lie.

It is seen that some families are big and one car doesn’t fulfill the the purpose so they need additional. Say, for dropping kids to school, for wife to commute to office or other such requirements. In such cases families prefer to buy used cars so that they do not have to pay too much to fulfill their need.

Flexibility: Whether they are buying for the first time or second, Potential customers would always be flexible enough to buy a car when they see the price advantage offered.
Some people who are new drivers and have learnt driving in the recent past might feel uncomfortable purchasing new car for paying huge sum of money as they could have a fear of damage they could do to the car.

In such cases also people prefer to buy used car first, gain expertise on it and later go on for buying a brand new one to satisfy there hunger.

Availability of Choices: There are multiple choices available to choose from. Due to the reasons like promotion in job, profits in businesses, increase in income etc people love to enjoy the luxury of different cars every now and then. No one is seen stick to one car.

New car models attract them & so people love to change it. Whatever is new in the market, they want to grab it. May be because of things like; status, competition, passion and others. This makes them willing to sell out their used car and so wide options are left for the buyers of used cars who see so many resellers out there.

Easy Finance: One more reason in the queue of so many others is easy finance options for preowned cars. This creates a drive in the people to go out and pick up the used car for their need without having to think much.

The prices are fair enough that they can pay from their own pocket without have to take car loan or debt. If possible than EMI facility might be available or provided to them with mutual agreement between buyer & reseller.

Nothing gets easier than this.
These are certain reasons which leads to huge craze and popularity of used cars in the market. Although everyone has a distinct reason to buy them, but to sum up these are the basic ones which provokes buyers to purchase preowned cars.

According to a report, the new car sales in India is seeing a slowdown and is sluggish as of now. Reason being the ever increasing prices of fuel. On the other hand if we see the sales graph of used cars, it is unperturbed. Irrespective of any issues the sale of used cars is increasing.

Today, the used car segment is a major part of the Indian automobile industry, an industry which contributes to nearly 22% of the country’s manufacturing GDP. As per ‘Business Standard’ report, Hyundai, which has maintained steady 20 per cent sales growth over the past five years, sold 70,000 used cars last year, many of them to first-time buyers.

The companies like Volkswagen, Ford, Toyota, Hyundai, Maruti Suzuki, and even by luxury car makers BMW, Audiand Mercedes-Benz have realized that customers are tempted to buy expensive cars at lower prices and the best way they find to fulfil this desire is to purchase a preowned car.

With the online marketing in trend today, there are many web portals who are into selling used/secondhand cars. The portals attract a lot of traffic and provides best deals for the buyers.

Buyers prefer to buy via this platform because these websites connect the resellers and buyers directly. Both the parties can negotiate and finalize the deal.

The portal is just an intermediary bringing them together for the purpose of sale. Buyers can find and sort by brand, color, price, relevance, offers, newly added cars and more.

The owners of these websites are earning huge profits as a result of the heavy demand for used cars.

Some of these Indian websites are:-

For more details on these, checkout the websites.